Home » News » Tracking Cookies are coming to an end, how will advertisers pivot 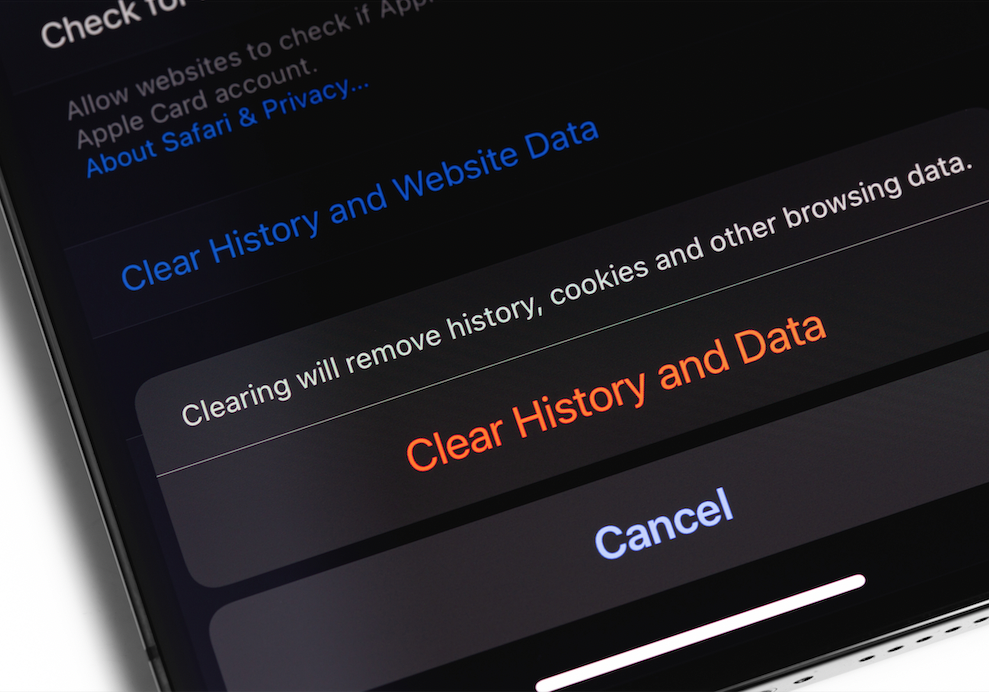 More than two years ago, Google fired the starting gun in the ad industry’s race towards a cookieless future. While some progress has been made in advance of the impending sea change in digital targeting, measurement and attribution, a clear picture remains out of focus due to the proliferation of alternative identifiers and ongoing changes to Google’s timeline and privacy proposals. But there are still steps marketers can and should be taking now to get ready.

Industry trade groups have sounded the alarm about the cost of not properly preparing for the future of targeting and measurement. Up to $10 billion of annual sell-side revenue is in jeopardy, according to February’s State of Data report from the Interactive Advertising Bureau (IAB), which warned of a “measurement blackout” if the industry doesn’t act soon. With that in mind, there are some encouraging signs that the ad industry is getting its house in order, with many advertisers calling the preparation for a cookieless future a top priority for the rest of the year and some already beginning to shift tactics and budgets away from third-party cookies and towards first-party data and other tactics.

Yet amid these stark warnings and shifts in advertiser priorities, it is still unclear how the deprecation of third-party cookies — alongside privacy regulations like the EU’s General Data Protection Regulation and changes to several key mobile identifiers — will affect the ad industry and how it will react, even as Google’s latest privacy proposal enters small-scale testing, mostly by ad-tech companies.

“Most brands and agencies are still not familiar with the various components of Privacy Sandbox,” said Angelina Eng, vice president of measurement and attribution at IAB. “It’s a little bit frustrating that these tech companies aren’t sitting down with their advertisers and saying, ‘What’s important to you? What’s not important to you? What are your tolerance levels in terms of these findings?’”

While knowledge gaps abound, several recent studies show that brands, agencies and publishers recognize that changes to how they target, measure and attribute must change, sooner than later.

Six in ten ad industry professionals said that preparing for the cookieless future was either their top (8%) or among their top priorities (52%), with 18% planning to deal with the issue in 2022 and only 4% waiting until Google deprecates third-party cookies in 2023, per a 2022 North America Quantcast State-of-the-Industry Report that surveyed more than 600 advertising and publishing professionals. Still, there is not a consensus view on which tactics will be best when crafting cookieless solutions. While more than half (57%) of respondents think first-party data will be “foundational” and 38% say contextual approach will comprise the best solution, more than a third (36%) think the solution will be a combination of first-party data, contextual, industry IDs and cohorts. Such a combination of techniques is almost a certainty, with the real work in figuring out the right formula, according to Quantcast CEO Konrad Feldman.

One part of the combination is likely to be the proposals that emerge from Google’s Privacy Sandbox. The company’s latest proposal is Topics, which utilizes a user’s browser to determine a handful of topics that correspond to the user’s top interests, rather than putting anonymized users in cohorts based on interests, as the short-lived Federated Learning of Cohorts proposal did. But like the proposals before it, the inner workings of Topics — which is now in the Origin Trials phase of testing — is often too technical, even for ad industry figures. Beyond that, testing is mainly handled by ad-tech companies, not publishers or marketers themselves, creating information gaps, IAB’s Eng explained.

“I think ad tech companies need to articulate back to their clients and customers, be it brands, agencies or publishers, how they view this changing and impacting their business,” she said. “Have a checklist of the things that you’re currently doing: This is what’s going to change, here are the use-cases it’s not going to support, here are the ones that they are, and this is what we’re doing about it.”

First-party data is expected to be a major part of the cookieless future alongside other approaches. The industry’s shift away from third-party cookies picked up steam in the second half of last year, with 70% of advertisers using their own first-party data for targeting and measurement, and many testing cohort- and contextual-based data, according to this month’s Buy-Side Study from Advertiser Perceptions.

“Wherever there are companies that have a fair amount of first-party data that they can either match with CRM onboarding or that the platform can leverage their own first-party data for audience segmentation, targeting and closed-loop reporting, that’s where you’re gonna see the dollar shift,” Eng said.

The change in inputs will lead many platforms to move towards more algorithmic, data-driven models for attribution. For measurement, new methods will likely not be as robust, leading companies to rely on more inference and probabilistic modeling. It will be harder to inform optimization, possibly driving companies away from real-time signals towards more manual optimization, she explained.

However, investing in more first-party data is not a panacea that can replace third-party cookies. First-party data may prove to have less or different value to other companies in the advertising supply chain due to the way individual publishers define their audiences. For example, one publisher could identify a consumer as a sports enthusiast, but whether that consumer is interested in biking or surfing could dramatically affect an ad buyer’s interest — additional signals that might be missing from the publisher’s first-party data.

“There are lots of marketers that, by the nature of their products and how they’re distributed and sold, the interface they have directly with consumers is limited,” Feldman said. “So whilst any first-party data they get is useful — because it provides something that they can use for insights, and they can build from it practically in terms of activation — it’s going to remain limited for a long time and they’ll need to look at alternative approaches.”

In addition, the value of first-party data could be misunderstood by some publishers, especially independent ones. Marketers don’t pay more for data when it’s scarce — they pay based on acquisition costs. Consider the example of a publisher of a website for cat lovers: while ads for cat food and kitty litter have low CPMs, if the publisher also knows that its cat lovers intend to buy cars, they could sell ads for a higher rate.

Unfortunately for publishers, privacy and the lack of third-party cookies could limit their ability to unlock the true value of their first-party data, warned Mike Woosley, COO at Lotame.

“I think that publishers may be in for a shock if they’ve invested in the idea that first-party data is going to amount to salvation,” Woosley said. “I hope publishers don’t believe false messiahs, so to speak, because I think they may get caught short if they do when third-party cookies are deprecated.”

What the future holds

The changing data privacy landscape has many implications for targeting, measurement and attribution. It will also have an impact on any biddable inventory across open web, programmatic and social environments, causing advertisers to shift their ad spend. IAB’s Eng predicts clients will move towards private marketplace deals and direct buys, including closed ecosystems including walled gardens and retail media networks.

While shifts in spend will likely come in the future, those advertisers waiting for Google to finally drop the guillotine on third-party cookies before changing their approach are already missing out. Large sections of the ad-supported consumer experience occurs without third-party cookies, whether in browsers that have already ended support like Safari and Firefox or in Chrome with the feature turned off. While the percentage varies by region and device, 40% to 50% of browsing in the U.S. is already cookieless, Feldman estimates.

“What you’ve got is an increasing concentration of spend into a shrinking pool of inventory, and that can raise prices for a while, but if you look at what’s happened to linear television over a decade, that’s going to happen over 18 months in terms of the cookied environments,” he explained.

Feldman stressed that there is a major opportunity for marketers who are working in cookieless environments today. One benefit is the ability to compare and contrast performance to cookied environments, before third-party cookie deprecation. Quantcast made its cookieless solution available to advertisers last September and its clients are already seeing encouraging results. The CEO says advertisers should be looking at the upside opportunity of the 2023 change — not just managing downside.

“The folks that are out there and experimenting will be in a stronger place,” he said. “Your rate of learning is proportional to your rate of experimentation.”

Experimenting with the cookieless landscape is possible, but not always easy, especially for CMOs more comfortable with a higher level picture. Even an ad industry veteran like IAB’s Eng has some difficulty following the highly technical conversations, which she jokingly compared to “Klingon language.”

“What marketers should do is at least assign one or two people within their organization to work closely with their agency and/or their ad tech platform to have it translated in a way that they can understand and be fully transparent on what the potential impact would look like,” she said. 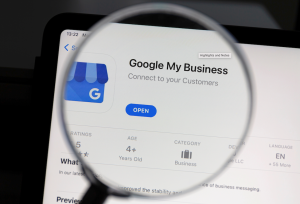 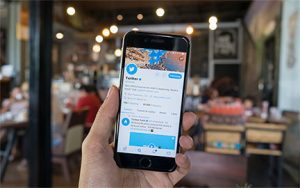 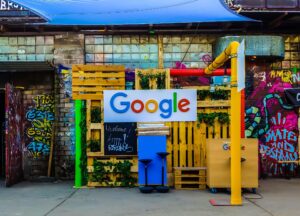 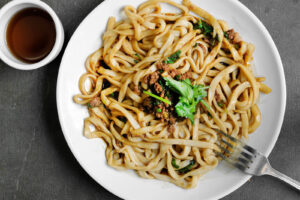 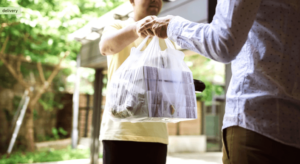 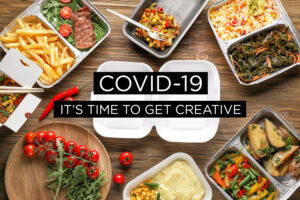 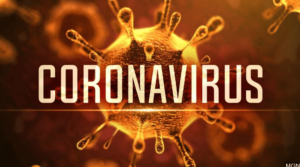 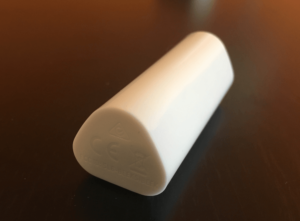 PrevPreviousWhat Elon Musk’s Twitter takeover means for advertisers
NextGoogle My Business (GMB): How to Use Attributes When Creating a Business ProfileNext 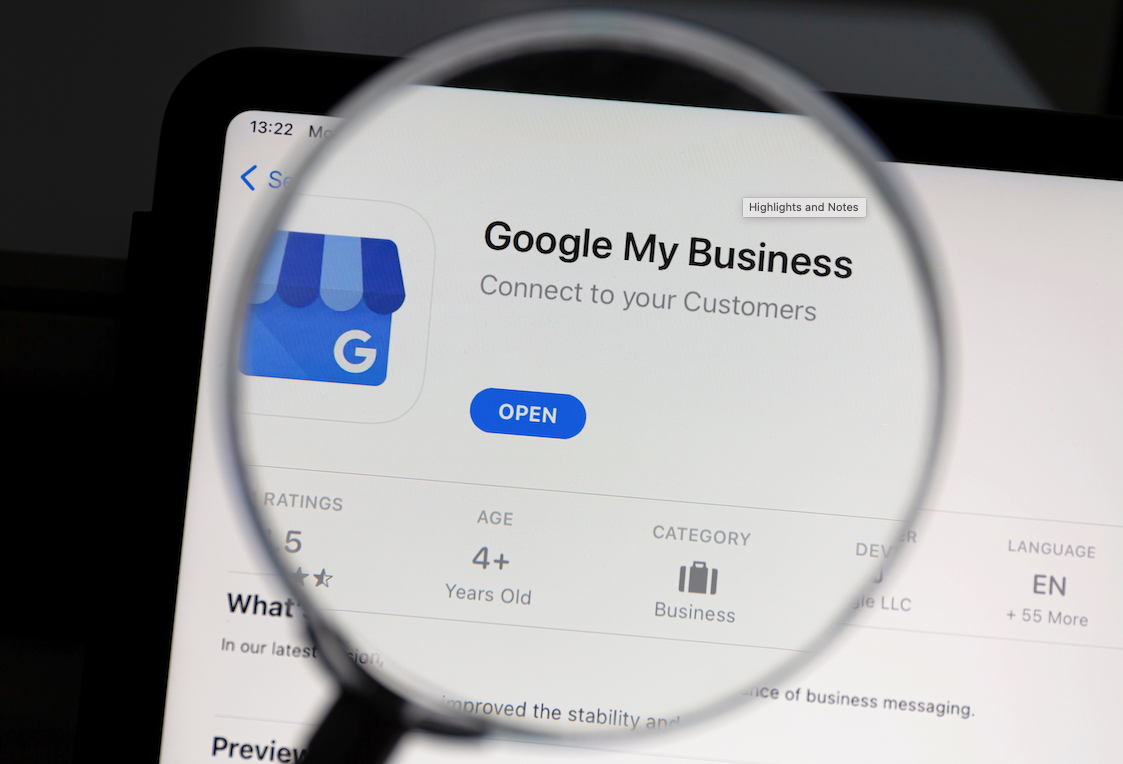 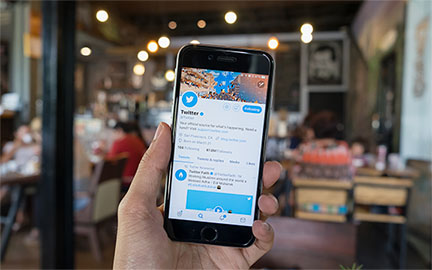 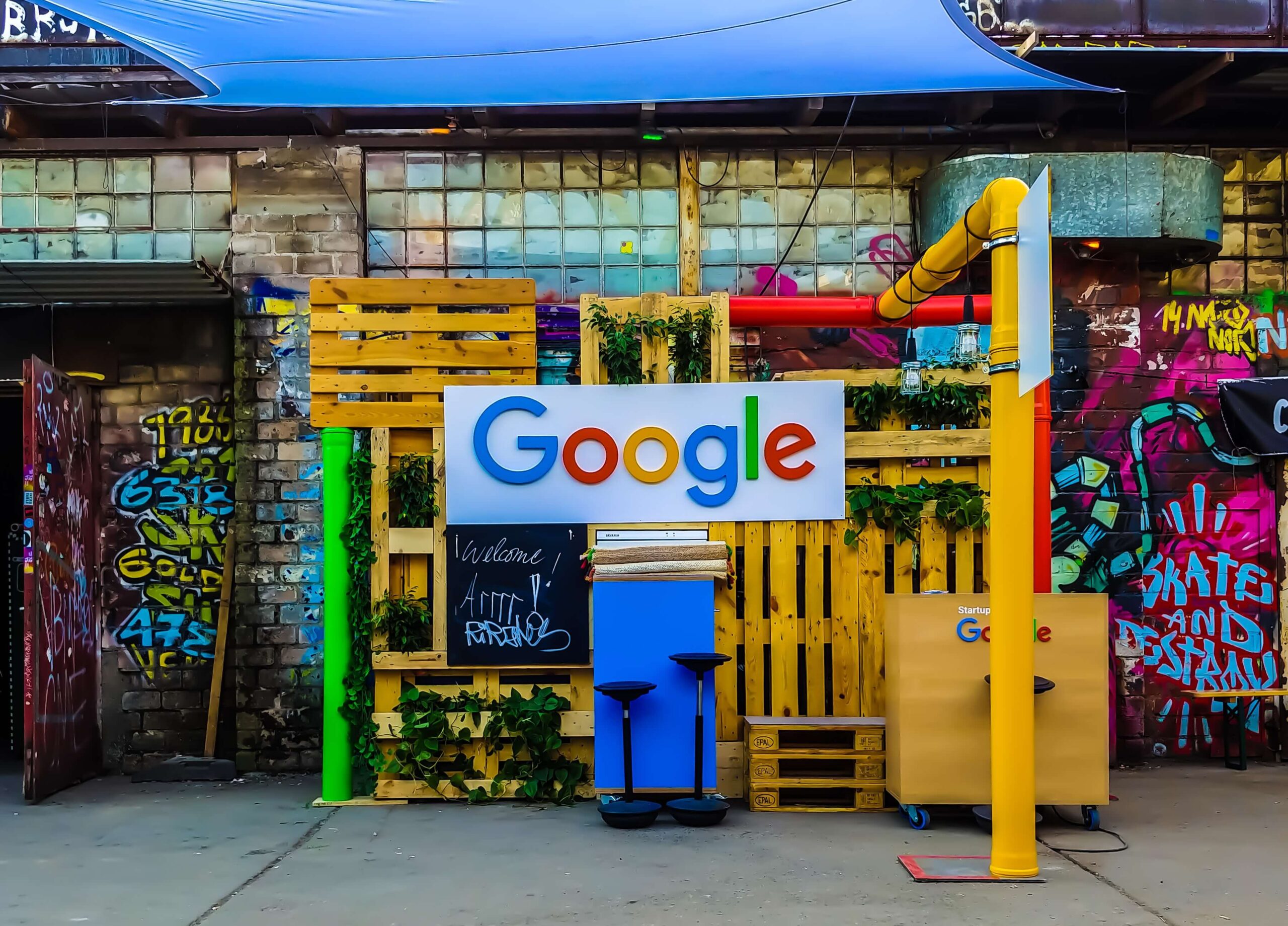 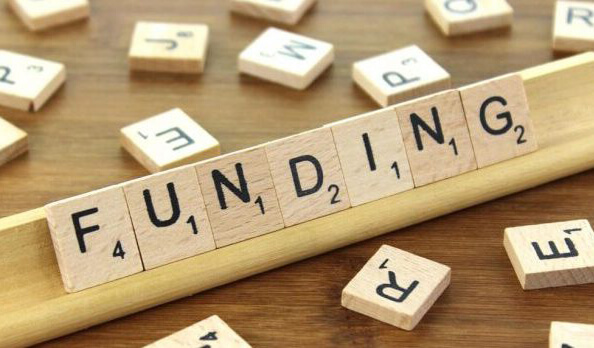 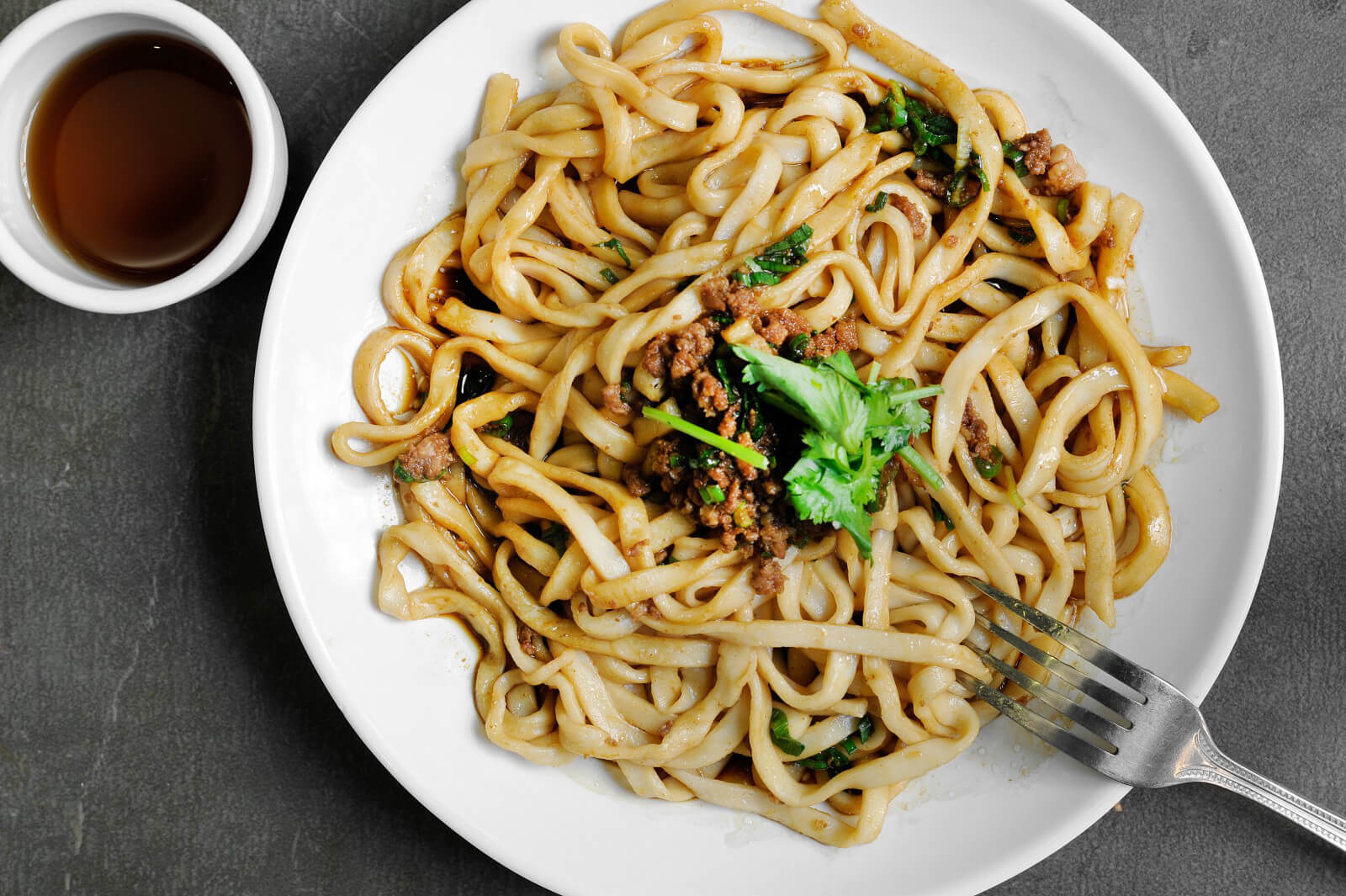